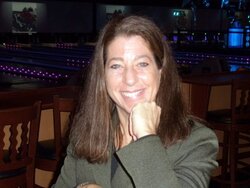 About Marcie L. Hefler
Marcie Hefler began her career in a small boutique personal injury firm wherein she crafted her skills as a trial lawyer.


Areas of concentration:
From early 2000 to early 2012, Marcie continued her focus on litigation: In 2012, Marcie joined the in-house legal department at Saint Anthony Hospital where she expanded her practice to include:
In July, 2015 Marcie formed Hefler Law, LLC.

Kevin (he/him/his) is an attorney at HeflerLichtenberg in Chicago and concentrates his practice on
​ guardianship and probate, elder law, mental health and risk management, and
child welfare and adoptions. He is a member of DCFS's Statewide Adoption Attorney panel.
He is also regularly appointed as guardian ad litem in guardianship proceedings before the
probate court.

Kevin is an active member of the legal community, volunteering his time and skills
to multiple legal service agencies that assist low-income individuals. He participates in the
Chicago Volunteer Legal Services (CVLS) pro bono program where he received a distinguished
volunteer award in the adult guardianship program for 2022. Kevin serves on the
Illinois State Bar Association Standing Committee on Judicial Evaluations for Cook County.
​He has been selected as a SuperLawyer rising star every year since 2018.
He recently served on the Misericordia Emerging Leaders Board. Kevin is adjunct
faculty at Loyola University Chicago School of Law for the school’s pilot course Professional
Identity Formation for all first-year law students. In 2016, Kevin was appointed to
Loyola University Chicago School of Law's Board of Governors, in May of 2022
elected Vice President by the Board and serves on the Executive Committee. Kevin also serves
as Chair of the Chicago Bar Association's Elder and Disability Law Committee.

Kevin lives in Chicago with his partner of eleven years and their two four-legged
dependents (pet dog and cat). He enjoys jogging (especially along the lakefront path), golf,
skiing, spending time with his siblings and ‘army’ of nieces and nephews and of course,
travelling.
​**Awarded Rising Star by SuperLawyers for years 2018-2023**
About Scott Forrest Stern
Scott graduated from The John Marshall Law School in 1993.   Scott has over twenty five years of experience in a variety of litigation arenas. Scott joined (then) Hefler Law LLC in April of 2021 and focuses his practice in probate litigation.